Place for Any Widget You Will Need

The idea of taking a small vial of blood and being able to detect cancer at its earliest and most treatable stages is an attractive one. And it?s something that cancer researchers are actively exploring.

But, despite their efforts, a reliable and accurate blood test to help detect cancer early has proved elusive. It turns out that hunting for cancer clues in the blood is no mean feat.

For one thing, cancer is extremely complex. There are over 200 types of cancers, and each cancer will release hundreds of different markers into the blood. But they?re not alone, the blood is also packed full of healthy cells and other molecules too. In just 1 ml of blood there are around 5 billion red blood cells.

?Researchers have been looking for a blood test for the early detection of cancer for many, many years,? says Professor Tim Aitman, a Cancer Research UK-funded genetic expert at the University of Edinburgh. ?But the problem is, that these tests currently lack sensitivity and specificity. Either the test might not pick up a person?s cancer when they do have it, or it indicates someone has cancer when they don?t.?

Finding cancer in the blood, particularly early cancer, has been compared to finding a needle in a haystack. Which means scientist must be smart about what they look for.

What can be detected in the blood?

Scientists are exploring multiple ways to detect cancer in the blood. And, so far, most of the progress has been made in developing blood tests that help to monitor whether someone?s cancer has returned or to inform treatment options.

?The hope is that similar tests could be used for both early detection and monitoring,? says Aitman.

Cancer Research UK funded researchers in Manchester are looking to develop a blood test to track cancer cells that have broken free and begun to circulate in the bloodstream. When studied in the lab, these circulating tumour cells could give useful information about a person?s cancer and help scientists monitor their response to treatment.

But looking for entire, intact cancer cells isn?t the only way to hunt for cancer in the blood. Scientists are looking for even smaller clues.

Aitman describes how in the last 10 years or so scientists have found that when cancer cells die, which happens constantly as a tumour develops and grows, they release tiny bits of DNA into the blood. This free-floating DNA (known as cell-free DNA) carries a footprint of the cancer itself, which can be analysed to detect cancer.

?Once the blood sample has been collected, the cell-free DNA found can be sequenced and we can look for changes in the genome that might indicate cancers,? says Aitman.

And it?s not just the DNA code that scientists can use to help diagnose cancer. They?re also looking for markers on the DNA that affect how and when it?s read. An example of this type of change is DNA methylation, which can be found on free-floating DNA from cancer cells.

Blood tests that pick up these clues are being developed for a variety of different cancers, each relying on different markers.

But there?s also work ongoing to develop a test that can detect multiple types of cancer. Aitman explains that scientists have uncovered DNA changes that can be found in multiple cancers, which means in theory a test could be developed to detect several different cancers at once. But in order for a test like this to be useful, it would also need to signal where the cancer is growing.

The next small thing

Professor Tony Ng at King?s College London is interested in a different marker released by cancer cells ? microscopic, liquid-filled bubbles called exosomes. These bubbles can sprout off cells and travel into the bloodstream, taking within them some of the cancer cell?s contents.

But while these microscope bubbles might be floating in the blood, the big question for Ng?s team is how to distinguish cancer cell exosomes from those budding off healthy cells. For now, they?re focusing on the differences in the amounts of particular proteins, which are found to be elevated in patients known to have certain types of cancers, to see if higher levels of these proteins indicate cancer. But there are other clues that could be hiding within or on these bubbles.

Work on exosomes is currently at a very early stage, with scientists still identifying the best molecules to monitor. But one day, Ng?s team hope to develop a test that could analyse the contents of exosomes, using them as an early indicator of cancer.

The challenges of detecting cancer early

Whatever marker a test is aiming to pick up, the common challenge for scientists is being able to detect cancer clues in small volumes of blood.

Take free floating DNA ? these fragments are present at incredibly low concentrations, making up less than 1% of the total cell free DNA found in the blood. This makes it very difficult for scientists to find cancer cells? DNA floating in the 10-20 ml of blood taken during a routine blood test.

And it becomes even more tricky if the aim is to detect the very early stages of cancer development where the amount of DNA shed from the tumour is even smaller.

It?s not just low concentrations of the tell-tale signs scientists have to contend with, they also need to make sure that a test won?t pick up signs of cancers that would never go on to cause harm and wouldn?t necessarily need to be treated.

Aitman?s view is that liquid biopsies may never replace traditional technologies such as tissue biopsy or imaging, but it will provide a lot of useful information that will complement existing approaches. And Ng agrees.

?You can?t definitively tell a patient they have cancer unless you have an image. Seeing is believing,? says Ng.

But blood tests may provide a cheap and easy way to identify people who may need more detailed (and more expensive) tests. Ng says that some people with breast cancer that?s come back may have markers that can be picked up by a blood test, even when their cancer is too small to be detected by a mammogram or CT scan. Doctors could use this information to send people for more sensitive tests.

?If someone has high levels of a marker that suggests cancer in their blood, they could then be sent for a CT scan, which could be supplemented by PET-CT should there be ambiguity regarding the nature of the lesion detected on the CT scan.?

And the same is true when it comes to detecting cancer early. Ng believes combining tests that looks for cell-free DNA and exosomes in the blood with scans could help give a more complete picture of the cancer and strengthen the accuracy of the diagnosis.

The potential of detecting cancer early

?The idea behind early detection is that the earlier you treat cancer, the more successfully you will be able to treat it,? says Ng. ?We?ve never been so close to the possibility of treating cancer that people didn?t know they have. That?s a new paradigm.?

But while the promise of a ?simple? blood test to detect cancer is huge, Aitman thinks there?s a lot more to do.

?I?m very optimistic about the use of liquid biopsies, particularly in tumour monitoring and guiding therapy. It will change the?way?cancer is treated,? says?Aitman.??But when it comes to the early detection of new cancers?in the healthy population, we?ve?still got a long way to go.?

Taj Pharmaceuticals has always been a trusted company for the Generic need of cancer therapeutic product and also a leading generic manufacturer in India.

At Taj Pharmaceuticals, Taj Pharma India have pursued this mission with patience, dedication, imagination and skill, for over a century. Taj Pharma vision is to develop targeted medicines and diagnostic tools that combine to offer patients, physicians and payers better, safer, more cost-effective healthcare.

What people say about our doctor?

Latest News on Your Doctor's Blog 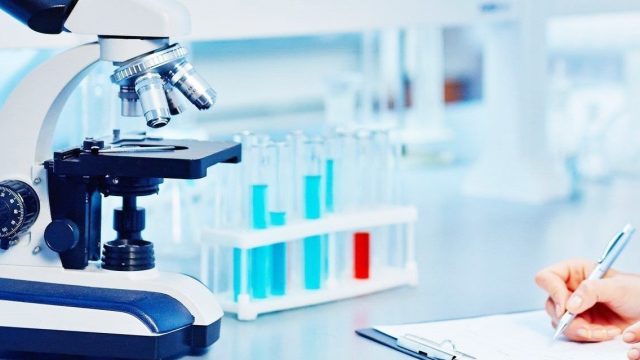 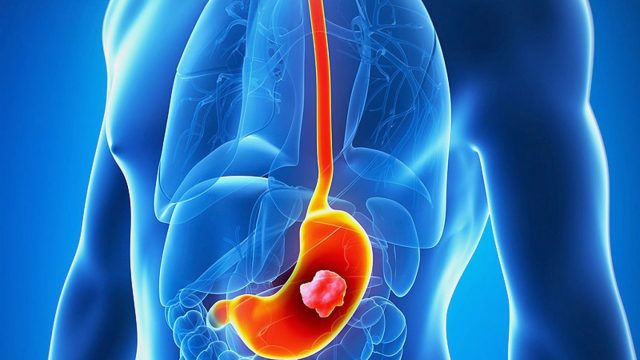 {Taj Medico} Stomach cancer symptoms, diagnosis and treatment : STOMACH cancer is one of the most common types of cancer and one of the top causes of cancer deaths worldwide. Survival rates for the deadly disease stand at just 14 percent. With these worrying statistics its imperative for one to spot the early signs of stomach cancer, and feeling a certain burning sensation could mean you?re at risk. Stomach cancer is characterised by a growth of cancerous cells within the lining of the stomach. Also known as gastric cancer, it?s a type of cancer that is difficult to diagnose. The National Cancer Institute (NCI) estimates there?ll be approximately 28,000 new cases of stomach cancer in 2017. Since stomach cancer usually doesn?t cause any early symptoms, it often goes undiagnosed until after it spreads to other parts of the body. Feeling an acid reflux that persists and a burning sensation could signal the deadly disease. Stomach cancer is directly linked to tumours in the stomach. Risk factors for the disease include a group of blood cancers, a common stomach infection that can sometimes lead to ulcers, tumours in other parts of the digestive system or abnormal growths of tissue that form […] 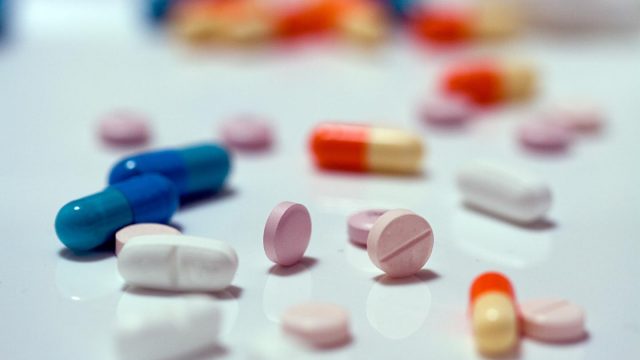 It might be difficult to implement compulsory prescription of generics

It might be difficult to implement compulsory prescription of generics The enforcement by the drug regulator will not be easy given the shortage of drug inspectors – {Taj Pharmaceuticals Generic Drug Division} Prime Minister Narendra Modi wants to defeat the doctor-pharmaceutical company nexus and make medicines affordable by making it compulsory to prescribe drugs in the generic name. But, the good intentions may not give the desired results. The enforcement will not be easy given the shortage of drug inspectors. At an industry event at Surat last month, Modi announced plans for a new law to make generic prescriptions mandatory. Parallelly the government is already initiating steps to push for generic prescriptions. In a recent communication to all the states, the Centre has asked states to make sure all physicians write generic names of drugs in a legible manner. Business Standard has reviewed the letter. The government has issued a draft amendment which will make it mandatory for companies to print generic names of the drug in a bolder font than the brand name on the packaging. But, the government will face a difficult task in enforcing its decisions. Food and Drug Administration offices across the country are short staffed. […] 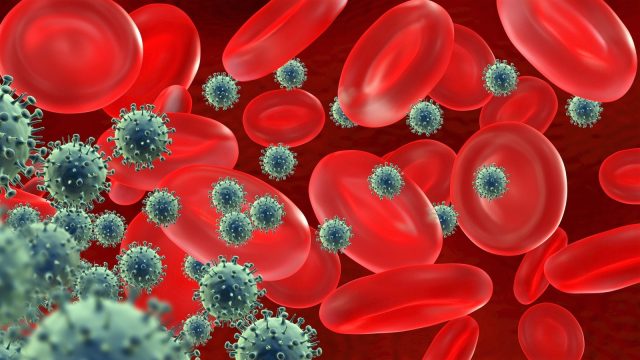 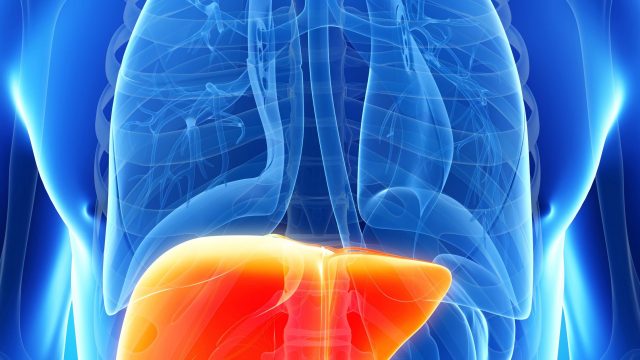 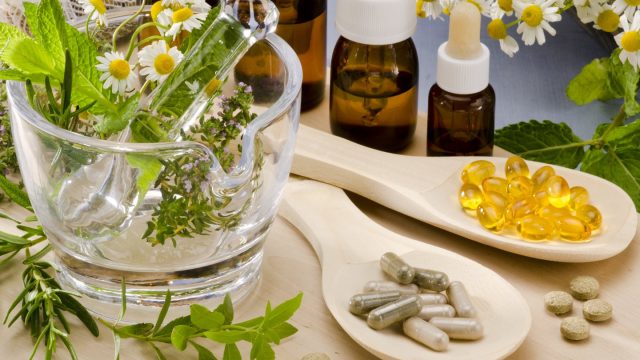 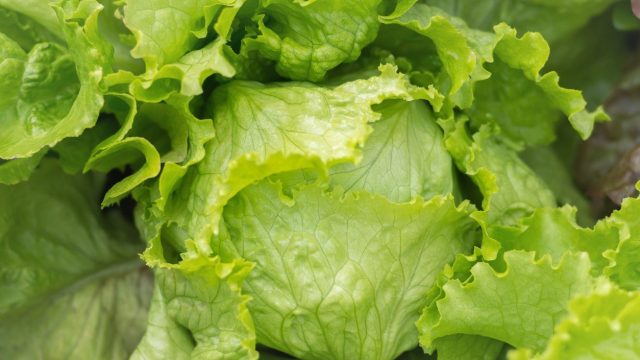